The Digital Marketing Institute has won the inaugural Trailblazer Award at the Samsung Digital Media Awards (DMA). The award recognises the company’s contribution to showcasing Ireland on the international digital stage and was presented to directors Ian Dodson and Anthony Quigley last Friday.

Recent international deals in India, South Africa and Malaysia worth a combined total of €8 million, sees the Digital Marketing Institute bringing its digital media courses to thousands of students across these regions.

The award, which was bestowed by a jury of digital media industry experts in Ireland, rounded off an excellent night for the company with many of the organisations that lecture on its courses winning awards, as well as those now employing former students.  These included Wolfgang Digital, Cybercom, Radical, Bluecube, RMG, Daracreative and Mindshare. 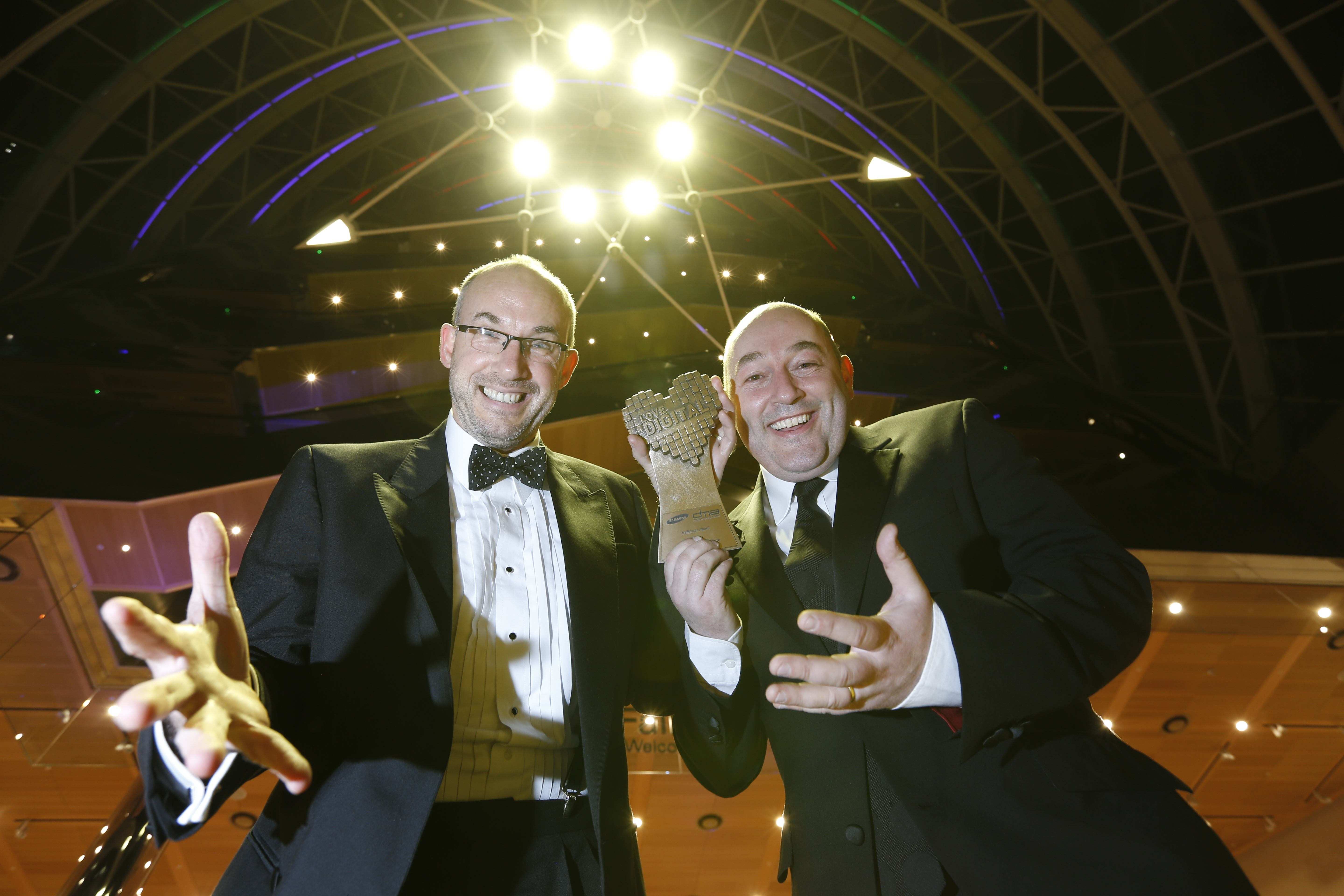 “The Digital Marketing Institute has led the way in educating professionals in the field of digital marketing, ensuring career growth and competitiveness in a global jobs sector.  The 2013 Samsung Digital Media Awards are delighted to mark the company’s success in its global reach, which further secures Ireland’s reputation as a global digital media hub.”

Commenting on the award Ian Dodson, CEO of the Digital Marketing Institute:

“To be awarded the title of digital trailblazers from the industry is a real honour as we strive to innovate and push the boundaries when it comes to not only our own company’s ambitions but also the digital sector. As a country we really are punching above our weight when it comes to tech and digital development.  Not only have some of the largest organisations from this sector chosen Ireland to locate their headquarters but our own homegrown businesses continue to inspire, demonstrating enormous talent in the digital arena.”

The key deals that helped secure the organisation’s success include:

·      An agreement with NIIT, India’s largest IT training initiative to bring digital marketing to over 25,000 students within 3 years, worth €3 million.

·      Education of 3000 students in South Africa in partnership with the SA Institute and Vega School of Brand Leadership, worth a further €3 million.

·      A partnership deal with Specialist Knowledge Centre, Malaysia to bring certification programmes to the entire ASEAN region worth €2 million over three years.

The Digital Media awards ceremony took place at the Convention Centre in Dublin on Friday night and was attended by the leading companies in the digital field. A record number of entries were received this year demonstrating how critical the medium of digital has become to all organisations from SME’s, NGO’s and multinationals.

Founded in Dublin, Ireland in 2008, the Digital Marketing Institute is the global certification and education body for the digital marketing industry. The organisation works closely with global digital industry players to define the skills and qualifications required to thrive in this rapidly growing industry. The Digital Marketing Institute has partner operations in Europe, Middle East, Africa, North America and Asia.