Are manufacturers not trying hard enough to make their phones useless to thieves? That’s the question we posed to ‘The Right Hook’ on Newstalk radio when pitching our client Threatscape for a mobile phone security interview on the show. 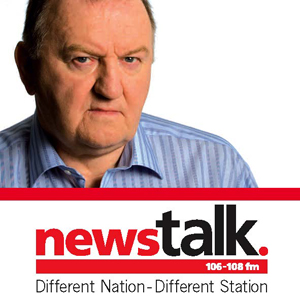 - A mobile phone is now stolen every 20 minutes in Ireland with a surge in street robberies involving smartphones.

- Over 8,000 smartphones were stolen in Dublin in the first half of last year

Some speculate that manufacturers may not have been trying TOO hard to make their phones useless to thieves – as it is reckoned that BILLIONS of dollars of additional revenue per year accrues to the manufacturers when people are forced to replace stolen phones.

It reminds me of 25 years ago when car keys were not very secure and manufacturers had to be shamed into improving vehicle security.

As well as advice on ways to protect yourself and ensure the safe retrieval of your phone if it is stolen, in the 16 minute interview Dermot talked about the SOS initiative being proposed in the US.

“Secure Our Smartphones Initiative” — a coalition of US district attorneys, police chiefs and other concerned officials that now also includes London Mayor Boris Johnson. They are pushing phone manufactures to make their products less attractive to thieves by making it possible to render stolen phones unusable and hence of no value.

To hear the full interview click on the image below and skip to 4:30 mins in.