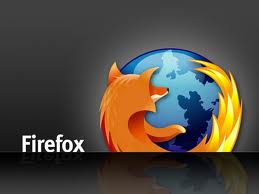 1. Firefox 4 went on worldwide release this week, after missing earlier target dates. The Mozilla browser has been revamped and features anti-tracking privacy and HTML 5 compatibility.
http://tinyurl.com/4fodsjl

2. The much hyped iPad2 goes on sale in 25 countries, including Ireland, this Friday at 1am at an expected price of €479 including VAT.
http://tinyurl.com/4ltb8g3

4. Independent News and Media plan to launch an online coupon service called GrabOne.ie and are investing considerably in their online business.
http://tinyurl.com/65te66a

5. Irish telecom revenues grew by 3.1 per cent in the fourth quarter of 2010, with cable and mobile broadband in particular driving growth.
http://tinyurl.com/4o5wqt4

6. Mobile phone company 3 is to create 50 new jobs within the finance, retail and product development sections at its headquarters in Dublin.
http://tinyurl.com/4caofk7

7. China authorities have denied Google’s claim that they have been blocking Gmail accounts.
http://tinyurl.com/6du34f5

10. Apple is suing Amazon, who was due to open its Google Android app store. And the reason is use of the term ‘app store’, with Apple accusing the online retailer of infringement rights.
http://tinyurl.com/4b423co