69% of Munster Emigrants will Miss Christmas at Home this Year 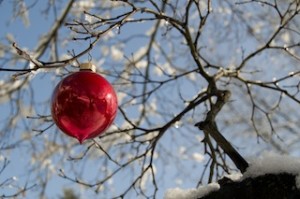 Dublin, Ireland, November 11th 2010 — A survey by lastminute.com, Ireland’s leading travel and leisure website, has revealed that 69% of people in Munster with loved ones living abroad will not get to see them this Christmas. While a surprising figure that might tug at the heartstrings, the survey also uncovered a host of more positive results when it comes to Christmas.

61% of people from the survey (1,00 people living in Ireland) shunned snow-capped destinations and sunny beaches in favour of the Emerald Isle when asked where they’d like to spend Christmas this year.

Not surprisingly, the infamous New York Christmas shopping trip, a luxury of the Celtic Tiger years, is no longer the big attraction it once was.  Plans to visit the Big Apple have fallen by half. As would be expected, the most popular reason for not indulging in an extravagant trip to New York this year is that respondents don’t have enough money, with 62% stating this.   And in a thumbs up to buying locally the main reason given by 23% was that they’d prefer to do their shopping here in Ireland. The festive feel-good factor is alive and well with only 3% saying they found Christmas stressful and a time for potential family fights.  A large majority- 69%- described their Christmas as ‘family fabulous’ and filled with family, friends and, of course, food. There were however a few party poopers amongst us with 1 in 5 saying Christmas in their house was nothing special, split evenly between men and women.

The home-cooked Christmas meal wins out with only 2% stating they would be spending Christmas day in a hotel here or abroad. 52% will celebrate it in their own house while 36% will spend it with parents. The age-old Irish son-mammy relationship does not seem as strong as it once was either.  Females are more family-orientated, with 43% planning on spending Christmas with their parents as opposed to only 26% of males.

Traditional ways came into play again when respondents were asked their preference for online or in store shopping for Christmas gifts. Three quarters of those surveyed say they will visit a shop to do their Christmas shopping, as opposed to buying gifts online. Most likely to shop online are those aged 35-44, with a third stating they will do so.  Men seem to be putting some planning into their present buying this year, and not leaving it until the eleventh hour, with 26% saying they will be more likely to shop online (or maybe that’s just because it’s less hassle!).

Note: The lastminute.com survey was conducted by Irish survey company, iReach, and polled 1,000 people nationally during the week of October 25th. For full results please contact us