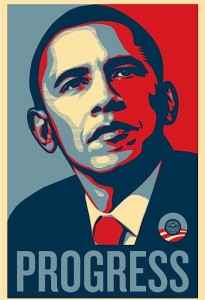 1. Obama’s 2012 re-election campaign has begun and it’s making strategic use of social networking. The focus is on Facebook, as opposed to Twitter, and a YouTube video started off proceedings.
http://preview.tinyurl.com/3ershmj

2. Millions of customer details were stolen by hackers following an attack on US marketing company Epsilon. It’s been described as one of the biggest security breaches in US history.
http://tinyurl.com/3tegu24

3. As Larry Page takes over from Eric Schmidt as Google CEO, TechRepublic’s Jason Hiner gives his views on where Page should take the company next.
http://tinyurl.com/3mqjlrc

4. Irish broadband provider and Bvisible client Magnet announced that their WebTV service is now available on iPhone and iPad devices. This means that Magnet WebTV can be played on 99 per cent of all handheld, media and personal communications devices.
http://tinyurl.com/3chaerf

6. Technology company Avaya, which specialises in enterprise communications systems, is to create 75 new jobs in Galway. The company already employs 275 people at its Dublin and Galway bases.
http://tinyurl.com/3bnz6w5

7.A new Sony tablet based on Google’s Android Honeycomb operating system will be launched this year. The company is yet to reveal further details but CEO Sir Howard Stringer did confirm it would appear before the end of summer.
http://tinyurl.com/3btjtmh

10. It’s essentially repetitive strain injury but ‘Blackberry thumb’ sounds much catchier and a UK law firm says an increase in lawsuits from employees looking to be compensated for the condition can be expected.
http://tinyurl.com/6l45dcv