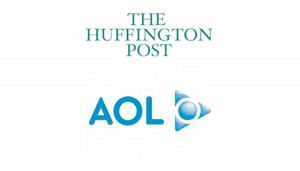 1.  Rumours of its death have been exaggerated but is print finally dead? AOL’s purchase of The Huffington Post for $315m continues to fuel discussions as to whether free news aggregators finally means the end of old media and if making news content free is a sustainable business model. http://tiny.cc/vjyg7

2.  Another Google Vs Apple battle kicks off as Google launches, One Pass, its charging service for publishers who want to establish digital revenue streams, just days after Apple launched their rival subscription service. But where Google is keeping 10% of subscriptions, Apple gets 30%.   http://tiny.cc/cub9b

3.  Exciting times at Croke Park on May 9 – 10 where ‘Exploding Media’, the 2011 Mash Conference is taking place and leading innovators such as ‘The Observer’ editor John Mulholland and ‘Wired’ writer Evan Ratclif are among the speakers. www.mashmedia.ie

4. €99.9million – the price Google paid for Dublin’s tallest commercial office block. We can only imagine the haggling over the 100k when this deal was being hammered out.  http://tinyurl.com/4bmne3b

5. U2 this week revealed they are very much in touch with their audience and social media. Using a high-powered camera that allows them to zoom in to every single fan in the stadium, concert goers can tag themselves via email, Twitter or Facebook. http://www.u2.com/gigapixelfancam/

6. Great to see one of clients, DRG, mentioned in coverage of this year’s Mobile World Congress – they have had a fantastic year, seeing ad traffic rise tenfold in the past twelve months and have tied up deals with the BBC to provide ads on its websites and apps. http://tinyurl.com/5u8kx3m


7. A Tweet gaffe that turned into a positive. A Red Cross worker tweeted about his drinking escapades to the organisation’s twitter account. Red Cross’s reply: “We’ve deleted the rogue tweet but rest assured the Red Cross is sober and we’ve confiscated the keys.” Sympathy and donations poured in and even the beer company got on board. http://tinyurl.com/67qfkdy

8. Once again the poor broadband infrastructure in this country hit the headlines this week. As part of Engineers week, research shows that 69% of engineers say their companies cannot compete effectively at international level owing to our broadband’s connectivity lagging below the EU average. http://tinyurl.com/5uevz3j

9. We love to Text – An EU Barometer survey told us this week that we Irish come out tops for texting while roaming in Europe, with women and young people the main culprits.  http://tinyurl.com/6b58z7y

10. A more serious Tweet gaffe – for a brief period it seemed it was RIP Mick Jagger this week when someone tweeted that he was dead and Twitter went into overdrive. His newly launched website www.mickjagger.com can be found here- great for all things Mick-related.