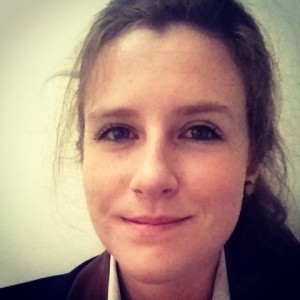 June’s ‘Ask a Journalist’ is Siobhán Brett – a news reporter based in Dublin, working with the Sunday Business Post. Her work focuses on media, marketing, retail, ISEQ-listed companies and small business. Siobhán was awarded ‘Breakthrough Business Journalist of the Year’ at the annual UCD Smurfit Business Journalism Awards last November.

Here she talks about what it’s like to work for a newspaper, the future of print media and her predictions for the media industry.

As a journalist covering media and marketing issues for some time, what changes in the sector have most surprised you?

I find the mileage that brands (and some online publications/personas) manage to achieve from ripped-off content — viral photos, ‘memes’, the work of others, so forth — dispiriting. I should probably be dispirited by the public appetite for ‘listicles’ and photos of cats in various poses, but I worry that original content and reporting is getting lost as people grow more content with mere headlines and nobody cares to discern the origin of significant news stories, or about the stories at all.

From an Irish perspective, I wonder will I ever not be surprised by other-cheek-turning/foot-dragging on legislation covering diversity of media ownership.

How well do you think the Irish marketing sector is adapting to an increasingly divergent and fragmented media?

There’s still a lot of hysteria re: ‘social media’, as some kind of catch-all. From time to time I’m concerned that desire to fare well online is at the expense of the calibre of advertising and marketing communications elsewhere.

Can you give me your top predictions for developments you envisage coming to prominence in the media industry this year?

In no order: people (including me, maybe!) will get to grips with real-time bidding, sponsored tweets and posts and ‘native advertising’ will become de rigeur — which is risky — Jeff Jarvis runs through some of my misgivings in this post. Charging for online content will stop being the exception and become the norm, daily newspapers’ content is going to change substantially.

As readership levels for every national title continue to decline, and more people consume their news online, what do you believe is the future for print publications?

I believe in the future of print in certain guises. At the risk of being reductive…I tend to take my news online mid-week, or 80/90 per cent of it. At the moment, I’m not paying for any of that. On weekends, I buy and read actual palm-blackening newspapers. And while some apps are amazing, I still buy magazines. In my opinion, there will always be a demand for newspapers and periodicals and niche stuff of a certain complexion, especially those featuring work by liked and respected reporters/writers, offering reports, analysis and depth that you want to give a couple of hours to, tote around in your bag or pore over at your kitchen table.

In your opinion what makes for a good interviewee and who has been your most memorable?

Interviewees are good if they’re simultaneously laid-back and forthcoming (and basically interesting, of course). Sense of humour is a bonus. I once had a twelve-minute interview and five-minute tangential chat with ex-DG of the BBC, Greg Dyke, which was fun. During my first week with the Business Post I spoke with Tom Arnold from Nairobi about drought in Somalia, which thrilled me at the time.

What advice can you give PR people seeking coverage in terms of what interests you and what your preferred approach is?

An informed one — don’t pitch stuff to incompatible sections. Don’t say ‘For you, Siobhán,’ if you’ve released generally. If I get an email of interest, I will respond to it.

What social media channels do use the most for your job and how do you use them?

I guess I use Twitter in conjunction with my job, but I can’t say I use it for work. If I worked in rolling news, it might be different. I read widely online and Twitter is the source of much of what I read. My own tweets are a weird melée of downtime guff, thoughts on current affairs and occasional self-promotion. Facebook is personal, Instagram is recreational. Pinterest is totally beyond me (for now, at least).

Would you have any words of wisdom to offer budding journalists?

Believe in yourselves! Work like crazy! Honestly, I’m still figuring it out.

How did you end up working in Ireland?

Although I grew up in Alabama and Connecticut, I went to school and college in Galway before moving to Dublin to study journalism at DCU.

What do you like most about working for a newspaper?

The unpredictability of the working week and the merit of the printed product itself. At the Business Post, I’m lucky to be surrounded by talented and committed reporters, correspondents and editors who remind me on a regular basis what real, cutting-edge journalism entails and requires.