Our client Aertv scored a gold medal result during the London Olympics last week as they boxed clever when the RTE Player crashed.

Just as the silver medal Katie Taylor boxing fight was about to commence the RTE Player crashed leaving thousands of fans frustrated and on tenterhooks – frantically searching for a place to watch the fight online.

The Twitter movement kicked in and fans tweeted that aertv.ie was up and running and showing the action in full. aertv.ie successfully coped with just under 10,000 sports fans switching to the site to witness Katie progress to the gold medal bout, which she won in fantastic fashion to bring the gold home to Ireland. 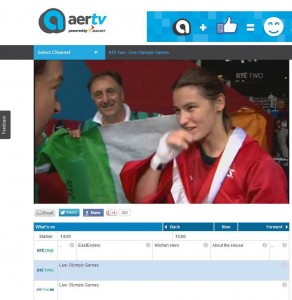