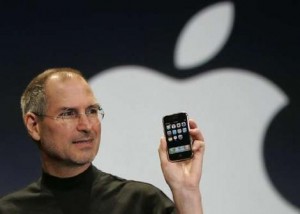 1. The official Steve Jobs biography will be published next year. Jobs has been unenthusiastic about unofficial bios in the past – when Wiley & Son published a book about him in 2005, all the publisher’s material, including the ‘For Dummies’ range was pulled from Apple retail stores.
http://tinyurl.com/3ch5owl

2. Meteor profits fell by 75 per cent in 2010 with pretax profits dropping from €37.2m to €9m. The company blamed the downturn and the competitive market for the fall.
http://tinyurl.com/5rj7qvn

3. Microsoft has issued a security alert to Xbox live gamers relating to a phishing scam. This follows on from the hacking of 77 million PlayStation user accounts, which is thought to be the biggest security breach in history.
http://tinyurl.com/68mpadm

4. A US tech firm is to create 50 new jobs in Galway. Software company NEI, will launch its expansion into Europe from here. The company already employs 250 worldwide.
http://tinyurl.com/5shtc5a

5. People are spending less time randomly surfing and spend their time more efficiently on the net according to a study published by Microsoft. The study also showed that emerging economies were more open to online ads than more established ones.
http://tinyurl.com/6a8sqsx

6. Analysts are predicting that instant messaging will cause a drop in the number of text messages sent by the 15-24 year old age group. Blackberry, which has a free messaging service, is the main driver of the trend.
http://tinyurl.com/5twpxvg

7. Google has found that smartphones are causing a dramatic change in online shopping. Their study revealed that 71 per cent of smartphone users search online because of an ad they’ve seen either offline or online.
http://tinyurl.com/6z7nxrp

8. Sony is to release two new tablets. The models, unveiled in Tokyo this week will be released worldwide at the end of this year and both will be running the Android 3.0 OS.
http://tinyurl.com/63rf8mp

9. Twitter founder, Biz Stone, has bit back at claims that the company is falling apart. Responding to a Fortune magazine report that the company was at war with itself, he said that such coverage was par for the course when it came to media coverage of tech companies.
http://tinyurl.com/6kl5dlk

10. There is increased pressure on Apple to explain why the iPhone tracks its users’ coordinates. Apple has yet to release an official statement explaining the hidden location-tracking file.
http://tinyurl.com/3p7t5pc